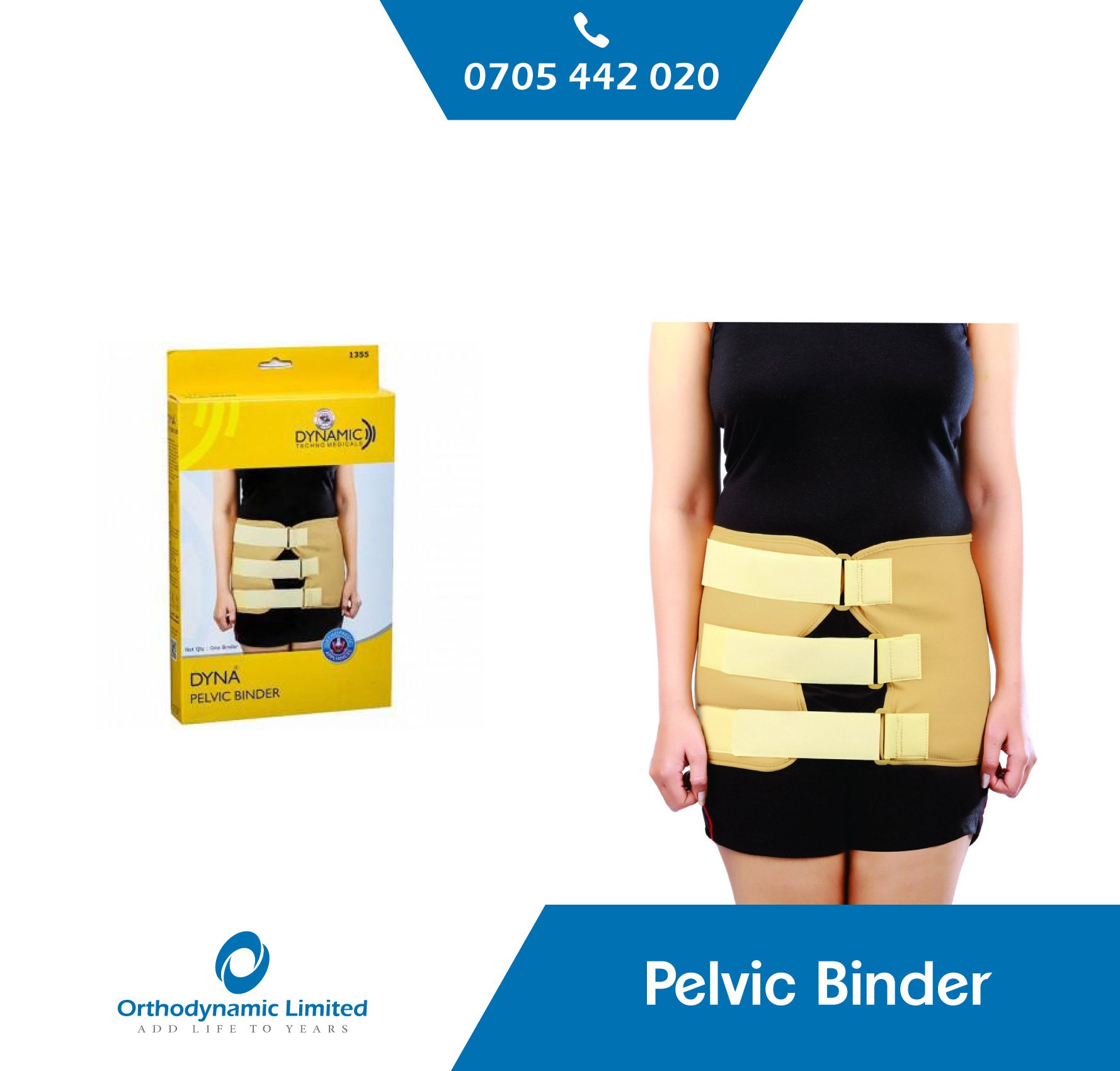 Pelvic binder for use in the emergency management of suspected pelvic trauma, compared with the conventional stepwise approach.

pelvic binder use in the emergency management of suspected pelvic trauma, compared with the conventional stepwise approach.

The pelvic binder is placed in the ED by the trauma team on patients who have suspected or
documented pelvic injuries potentially associated with major hemorrhage. The decision for the
initial placement of the pelvic binder may be made by the Trauma Attending, EM Attending, or
surgical Chief/Senior resident. Patients with mechanically unstable (disruption of pelvic ring
continuity) fractures are the most likely to benefit from pelvic binding.
The orthopedic surgery service, after consultation with the orthopedic attending surgeon andreview of pelvicradiographs and/or pelvic CT imaging, will decide if the pelvic fracture pattern is
mechanically unstable and requires a binder. The decision regarding the ongoing need for pelvicbinding will be made as soon by the orthopedic service as possible following the completion of
pelvic imaging studies, ideally within the first few hours following the initial resuscitation. Methods: We enrolled trauma patients with initial stabilization using a pelvic binder when suspecting pelvic injury. The inclusion criteria were traumatic injury requiring a trauma team and at least one of the following: a loss of consciousness or a Glasgow coma score (GCS) of <13; systolic blood pressure of <90 mmHg; falling from ≥6 m; injury to multiple vital organs; and suspected pelvic injury. Various parameters, including gender, age, mechanism of injury, GCS, mortality, hospital stay, initial vital signs, revised trauma score, injury severity score, and outcome, were assessed and compared with historical controls. Results: A total of 204 patients with high-energy multiple-trauma . The trauma patients with suspected pelvic fractures initially stabilized with a pelvic binder had shorter hospital and intensive care unit (ICU) stays. The study group achieved statistically significantly improved survival and lower mean blood transfusion volume and mortality rate, although they were more severe in the trauma score. Conclusions: We recommend prompt pelvic binder use for suspected pelvic injury before definitive imaging is available, as a cervical spine collar is used to protect the cervical spine from further injury prior to definitive identification and characterization of an injury.

Bleeding in these injuries is thought to arise from injuries to the sacral venous plexus, from the bone fragments themselves, or from injuries to the iliac vessels (arterial or venous).  It is thought that application of external, circumferential compression can stabilize pelvic fractures, reduce pelvic volume, reduce hemorrhage, and thereby improve patient outcomes and mortality . Regarding stabilization of pelvic fractures, they reviewed studies that looked primarily at symphyseal diastasis and reduction of horizontal displacement.  They found overall that the evidence was generally poor in quality, but found that cadaveric models did demonstrate the ability of devices like the T-Pod carried on AirCare to reduce symphyseal diastasis.